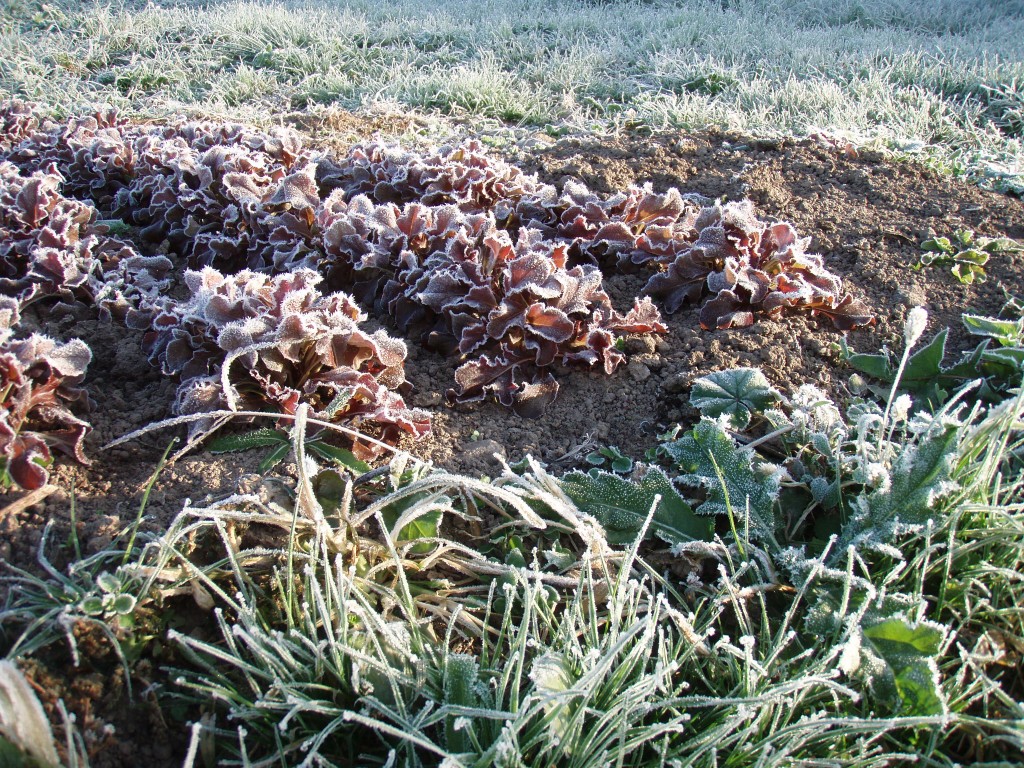 Last year at the beginning of November we were just recovering from a bizarre October snow storm.  This year we had another oddly powerful storm wreck havoc over our state, whose aftermath will need to be dealt with for a long time to come.  It seems odd that people still debate the change in our weather, regardless of opinion, it seems wise to invest in systems which are not electrically dependent, or at very least, a working generator.

Besides for November being a time to contemplate the ever changing climate of our world, it’s a time for cleaning up, finishing markets and beginning to settle down for the winter months.  Infrastructure was improved upon and fields tidied up for winter.  Extra hoops, remay, irrigation lines, etc. were cleaned up, labeled and stored or tossed if not suitable for use next spring.  Administration was also a major focus, assembling end of the year wrap up summaries and posting on the website.  November also marks my anniversary for arriving at North Slope, now three years later, I look at November as a pleasant month.  It is a calm month of finishing up to prepare for the coming holiday season.

The weedwacker needed some attention, a new starter pulley was needed but successfully replaced.  The crew moved the old, broken down box truck to its ‘final resting place’ by the farmhouse and 579, the truck had to be hauled by tractor since the engine does not run any longer.  KG and RR also began training on tractor, rototiller use and had to take the BCS tire to be fixed.

The end of October snow storm left snow to shovel and structures to uncover and fallen trees/branches to clear away.  The snow also knocked out the power, which returned at the beginning of the month, allowing us to run water and refrigeration again.  However, with the cooler temperatures, especially at night, the water situation has to be continually monitored to make sure pipes won’t freeze.  Screens on the farmhouse porch were measured and paneling was cut to fit in to create a ‘sun room’ on the porch and to help heat up that area to add to heat trickling in from the outside to heat the house.  General upkeep on the farm was a continual effort, with jobs like fixing fence line and trimming overgrown plants and branches.  The chickens also needed care, feeding, coop moving, etc. 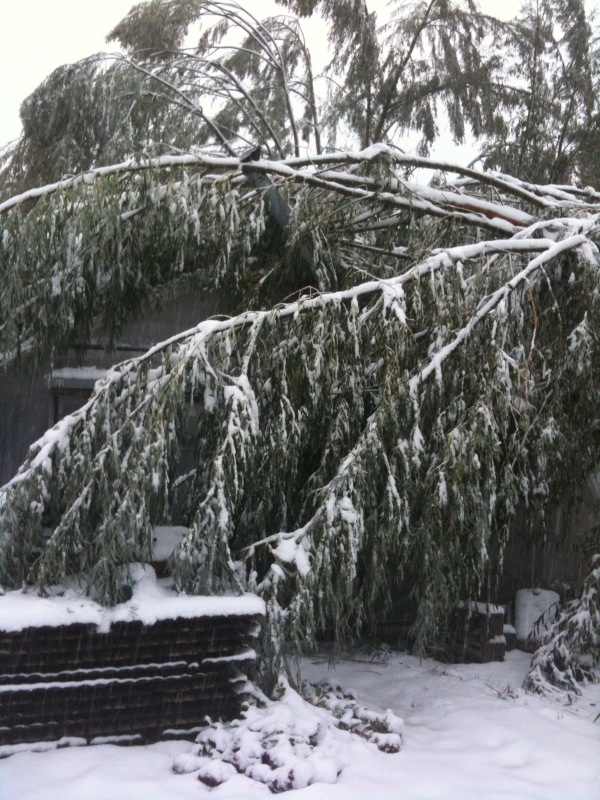 Woodchips and manure were piled up for future seasons, several loads of horse manure was brought in from a nearby horse farm.

The garlic order was cancelled so North Slope provided all of it’s own seed for 2012 garlic.  Planting the garlic went well, the ‘garlic challenge’ game was created to test who can consume the most fresh, raw garlic.  Some final BGBs were also prepped and seeded with spinach, covered and left for spring.  Also, cover crop was spread over fields for the winter.  And heated greenhouse tables were prepped and seeded for winter production.

Blackberry plants were staked, a bit late as they should have already been trellised at this point to help control their wild growth but sometimes (more often than not) perennials get put on the back burner during the busy summer months.  Fencing for small trees was also needed and set to help protect the young plants against deer and other nibblers.  Some spinach, lettuce, carrot and kale beds were covered with layers of remay and/or plastic to help preserve into the winter and in some cases, next year.  Remaining hoops, remay, sandbags, etc. were collected and stored for the winter.

The harvest continued for end of the season markets and storage over the winter, including salad mix, radishes, scallions, kale, chard, a one time harvest of our enterprise apples, carrots, baby fennel, arugula and tat soi.

Washing of roots and greens becomes a very cold job in November, cold air, burning winds and constant hand submersion makes for a chilly job even in the sunny afternoon.  But the cooler weather of November does help one to appreciate the warmth from the fire in the bunk house.  Egg washing continued, selling out at markets, eggs continue to be popular.  And 1st years are trained on salad washing.

The end of the season of weekend markets. West Windsor had their last regular market in October with a special market the weekend before Thanksgiving.  With Thanksgiving comes, the end of the season and both weekend markets are over until the Spring.  Hopewell continued, weather permitting, through the winter time but still by the end of November profits slow.  However, cool customers that love the Hopewell market continue to visit and even bring gifts of old farming books from the turn of the century, very interesting to see how things change.  Meanwhile, JR is trained on driving the box truck and taking on marketing tasks for the coming season.

Panels for the farmhouse porch were installed to help heat the house.  The seed shed loft was worked on.  A chicken slaughter was scheduled at the Wilkinson’s property after Thanksgiving.  The remaining flocks were consolidated with the healthiest looking birds left to over winter at the farm.  The 11 birds which were culled were taken to be slaughtered and used by the crew for soup and other eating.  We must give a big thanks to Matt Wilkinson for allowing us to use his equipment and teaching us how to do the job correctly.

Week 1: Recovering from an October snow storm, with nice sunny, warm days to melt the snow

Week 2: A heat wave came in to give a break from the chilly fall, days up to 70s but a windy front brought rain and a change in weather.

Week 3: Rain starts off the week, cool weather to follow